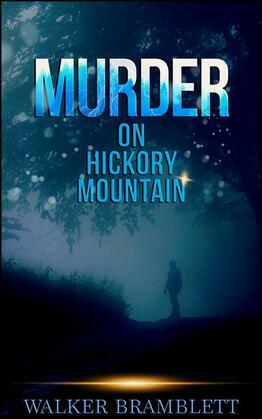 by Walker Bramblett (Author)
Buy for €2.99 Excerpt
Fiction Mystery & detective
warning_amber
One or more licenses for this book have been acquired by your organisation details

Ryder Malone is content to practice indigent defense from his mountainside cabin overlooking Longstreet, the perfect little tourist town. But after a chance encounter with a prisoner in the county jail, he discovers there is a dark underside surrounding Hickory Mountain, and it’s threatening his love and his life. Will he survive long enough to discover who’s murdering innocent men?

The prisoner clutched the bars so hard his knuckles were white. His nails were clean, and he wore chinos, a purple Izod shirt, and red-laced boots that looked like they came from Neiman Marcus. He was maybe in his mid-forties, average height and trim, and he wore tortoiseshell glasses. A good haircut. Clean shaven. Not a typical prisoner in any jail Malone had ever seen.

“I’m Mark Coker. I need a lawyer. They just pulled me over this morning, said I was weaving, then claimed they found a hidden gun in my car. I wasn’t weaving, and I don’t even own a gun. They won’t let me use the phone. I can pay you.”

Malone handed him his card and asked, “Where are you from, Mr. Coker? What do you do?”

“I’m an architect from Marietta. I was supposed to meet clients on a mountain tract overlooking a lake named Amadahy,” said Coker.

“Lake Amadahy is in Nolan County. Next county up.”

“Well, I took a dirt road on the right going up a mountain, which was what I was looking for,” said Coker. “But I came to a group of trashy houses and trailers. A big metal garage with tractor-trailer trucks. Parts, rusty equipment scattered all over the place. I figured this had to be the wrong road, so I turned around. When I got back on the highway, I didn’t get far before blue lights lit me up from behind, and I pulled over. Then another car came rushing in with lights flashing, blocking me from the front.”

“The second car came in right away?” Malone asked.

“It all happened real fast,” Coker said, nodding. “I didn’t know what was happening.”

That seemed odd. A coordinated stop-and-block on a weaving case when the guy had just gotten on the road? Malone assumed there was something Coker wasn’t telling him, a common phenomenon in the world of criminal defense.

“Have you made any statements?” Malone asked.

Coker shook his head. “They haven’t asked me anything. I told them that wasn’t my gun.”

“Okay. Don’t make any statements, don’t talk about your case. I have to talk to the DA on Snead’s case tomorrow, I’ll see what he has to say. Maybe he will agree to a bond.” He quoted a retainer, and Coker gave him the names and numbers of his wife and his attorney in Marietta.

Malone assured Coker he would contact his wife immediately and started to leave. Then he thought of another question. He turned back toward the cell. “When you turned around where the trucks and all were, did you see or talk to anybody?” A witness who could say Coker wasn’t drunk would help.

“There was a man who came rolling out from under a truck on one of those flat things with wheels, you know, like mechanics lie down on. He stood up wiping his hands on a greasy rag, and just shook his head when I asked if the road went to Lake Amadahy.”

“What did he say?” asked Malone.

“Nothing. Nothing at all. Shook his head no, that’s it,” said Coker.