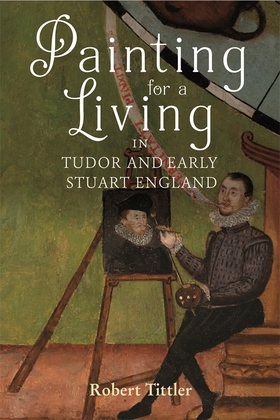 Painting for a Living in Tudor and Early Stuart England

by Robert Tittler (Author)
Buy for $29.95 Excerpt
Nonfiction Arts Nature, recreation and sports Artistic activities Painting History History by country Europe Great Britain
warning_amber
One or more licenses for this book have been acquired by your organisation details

While famous artists such as Holbein, Rubens, or Van Dyck are all known for their creative periods in England or their employment at the English court, they still had to make ends meet, as did the less well-known practitioners of their craft. This book, by one of the leading historians of Tudor and Stuart England, sheds light on the daily concerns, practices, and activities of many of these painters. Drawing on a biographical database comprising nearly 3000 painters and craftsmen - strangers and native English, Londoners and provincial townsmen, men and sometimes women, celebrity artists and 'mere painters' - this book offers an account of what it meant to paint for a living in early modern England. It considers the origins of these painters as well as their geographical location, the varieties of their expertise, and the personnel and spatial arrangements of their workshops. Engagingly written, the book captures a sense of mobility and exchange between England and the continent through the considerable influence of stranger-painters, undermining traditional notions about the insular character of this phase in the history of English art. By showing how painters responded to the greater political, religious, and economic upheavals of the time, the study refracts the history of England itself through the lens of this particular occupation.