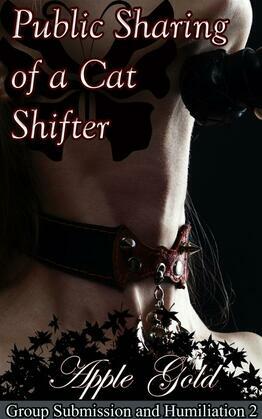 Public Sharing Of A Cat Shifter

by Apple Gold (Author)
Buy for €2.99 Excerpt
Fiction Erotica Romance Adult
warning_amber
One or more licenses for this book have been acquired by your organisation details

He stares at his beautiful little mate, tucked in another man's arms, nuzzling against his neck and breathing in as her fingers curl around her tail, petting it in a self-soothing notion. She's completely unaware of the rage in his veins, the bitter, terrible jealousy he's feeling at the sight of her easy trust.

She clings to him, mewling and rubbing her cheek up against his neck, wanting to wash herself in his scent. "Alpha," she murmurs sweetly.

"Alpha?" she mewls, confused about why he's tying her arms to the headboard, but so obedient that she doesn't even try to fight him. "Did I do something wrong?"