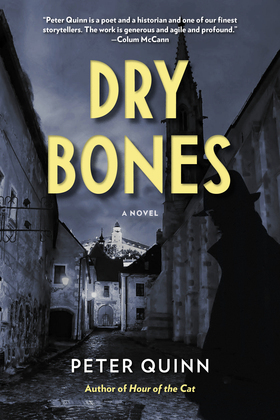 Dry Bones, the third novel of the Fintan Dunne series by Peter Quinn, follows Fintan, who works for the OSS, the forerunner of the Central Intelligence Agency (CIA). The novel is set during World War II, when Fintan teams up with several of his colleagues working to rescue several intelligence officers who had been fighting the Nazis inside Czechoslovakia. Things go awry and the team soon uncovers a huge conspiracy that may change the course of their careers and their lives. After the end of the war, many of his colleagues have bad things happen to them. The common thing about his friends who either go missing or end up dead is that they were trying to unearth the mystery of an infamous doctor who had gone missing. It seems the CIA is determined to ensure that what happened to the infamous doctor who had made his name experimenting on prisoners of war remained a secret.