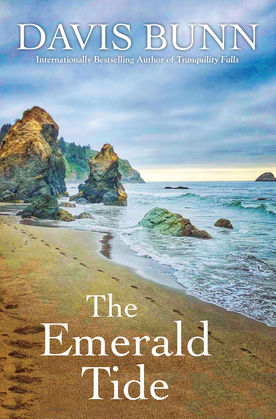 A breathtaking new novel about letting go, taking chances, and embracing the healing power of love—from the international bestselling author of Tranquility Falls.

Just when he thought he’d buried his past and was moving on . . .

Four years after his wife’s death, art history teacher Derek Gaines.has finally made a kind of peace with himself. He tries his best to stave off memories. His days are ones of familiar routine. Guarded against further pain, he keeps relationships at a safe distance. It’s all part of his necessary transition to surviving alone. If anything is truly responsible for Derek making it back from the brink it’s his edifying work as a consultant for auction houses—and indulging a consuming sideline job: tracking stolen art. But Derek’s latest hunt will lead him toward challenges both professional and personal—that he’s not prepared to
face . . .

He discovered the art of falling in love again . . .

Joining Derek on his quest is Kelly Reid, the new junior vice president of gallery operations at Christies Los Angeles. She is driven, ambitious, fiercely passionate about her work—and a fellow wounded kindred spirit. Bitterly immune to men’s promises, she’s never letting herself be vulnerable again. Yet even as trust and affection remain frightening territory, a tenuous start to her partnership with Derek slowly builds toward something more. And soon, both will be tested beyond anything they could have imagined–in the deepening mystery of a lost painting, and in matters of the heart, which can be the greatest mystery of all.

With love comes risk in The Emerald Tide, a powerful and emotional novel about daring to take a second chance.