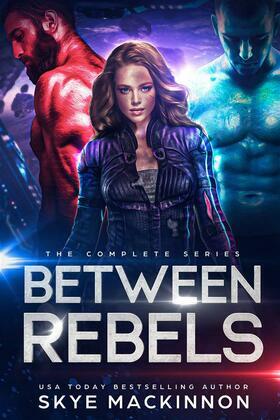 by Skye MacKinnon (Author)
Buy for €7.49 Excerpt
Fiction Science fiction Adventure Space opera and planet opera Romance Paranormal
warning_amber
One or more licenses for this book have been acquired by your organisation details

Being abducted by aliens isn't as much fun as it might sound.

Lost in space, abused and far from home. Wren's life has turned from bad to worse. Her only chance of freedom comes in the form of two aliens, but can she trust them? Their people invaded Earth, yet they don't seem as evil as the rest of their species.

Before she can make a decision, yet another tragedy strikes and Wren's life is once again turned upside down. It will take four protective aliens to coax her from her shell... and turn her into the woman she's meant to be.