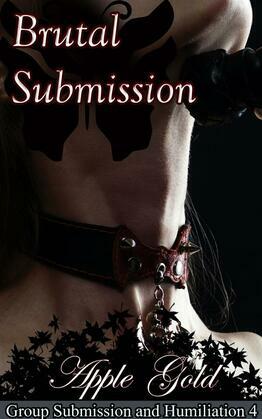 by Apple Gold (Author)
Buy for €2.99 Excerpt
Fiction Erotica
warning_amber
One or more licenses for this book have been acquired by your organisation details

What Anya wants is abnormal. She's a Cat Shifter. It is against her nature to submit at all, but it is all she can think about. She tries to ignore it, but the longer she does, the more it twists from a mere compulsion to an obsession. She doesn't just want to surrender, she wants that submission to be wrenched from her.

Her fantasy doesn't just involve a single Werewolf, but an entire pack, all using her the way they want. She fantasizes about too many men trying to get to her, and then all succeeding, and she dreams of being touched everywhere. She imagines being pushed around, degraded and humiliated, filled in all the ways imaginable, and then... she finds a way bring her perverse fantasies to life.

The room she had been assigned to is very much like a hotel room, with only the basic necessities. She's left alone the first day, either to get her nerves settled or to build anticipation.

She opted for the latter.

It's also to give her time to think. They gave her a basic timetable for how the first few days will pass, to give her an idea of what to expect. Fifty percent of the people who quit does so on the first day, during the waiting itself. Back when she was told this, she had scoffed and thought them weak, but now that she's here, she sort of gets it. The anticipation is terrible.

The isolation makes it more real.

Everything is going to be so real- too real. She doesn't even know any of the men's names.

That's what makes it immersive, a little voice in the back of her head tells her. That's what she wants.