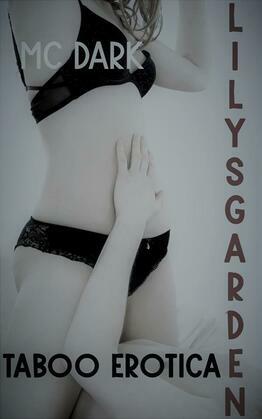 by Mc Dark (Author)
Buy for €2.99
Fiction Erotica Romance Adult
warning_amber
One or more licenses for this book have been acquired by your organisation details

Lily has her dad wrapped around her finger and she knows it. He'll give her anything she wants, no questions asked. What Lily wants is to be punished. She's been a bad girl. She's been having all sorts of naughty thoughts about the man of the house.

This taboo erotica story is intended for mature adults (18+) only. It includes spanking, dirty talk, breeding, and cheating. Guaranteed HEA.

Despite her status as an adult, she still lives at home which means she still has to follow her parents' rules. Or, her mother's rules, to be more specific. This is why she's eating a lollipop in the middle of the day. Her mother has always been strict about not having sweets in the house. She insists on a healthy diet and that means staying away from sugar and junk food. She's never understood her mother's obsession with healthy eating and she hates her mother's strict dietary rules, but she does her best to follow them. Except when it comes to lollipops.

Lily's always been the kind of girl who follows the rules. She can count on one hand the number of times she's gotten into trouble and it wasn't serious, just little mishaps here and there. As good as she is, there are some rules that are just made to be broken. Like her mother's "No Sweets in the House" rule. Unfortunately, she was never brave enough to risk her mother's wrath despite the stupidity of that rule. Her dad is a different story. He's constantly finding ways to skirt or bend her mom's strict dietary rules.

Like her, her dad has a sweet tooth. Whereas she's a sucker for a sucker, her dad's vice is soda, usually orange or grape-flavored. Every week, he stops by the local convenience store to pick up a 6-pack of soda for himself and he also grabs a bag of lollipops for her whenever she's running low. He somehow manages to sneak them into the house when her mother's not paying attention and he hides them away in the basement where her mother won't find them.

Years ago, her parents decided the basement would be her dad's space and the attic would be her mom's. Her dad doesn't go into the attic unannounced and her mom doesn't step foot in the basement without invitation. According to her mother, having a bit of privacy is necessary for a healthy marriage. Technically, Lily isn't supposed to enter her dad's space without asking either, but he's never had a problem with her going down there to retrieve her candy.

The lollipops feed her sweet tooth, but that's only part of the reason she loves them. The other part is because the hidden stash of sweets is a secret only she and her dad share.

According to her mother, Lily has always been a daddy's girl. And though she tries to hide it, Lily knows her mom has always resented the close relationship she has with her dad. When she was younger, Lily thought her mother's resentment stemmed from jealousy that her dad was the one Lily turned to for everything. Now that she's older, she thinks it might have been the other way around.

She has her dad wrapped around her finger and now that she knows it, it gives her an odd sense of power. She thinks back to when she was a kid and how all she had to do was ask and her dad would give her whatever she wanted. She may be an adult now, but nothing has changed. Lily knows her dad will give her anything she wants. As it turns out, what she really wants is him.