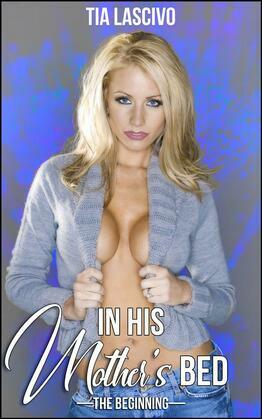 In His Mother's Bed - The Beginning

by Tia Lascivo (Author)
Buy for €2.99 Excerpt
Fiction Erotica Romance Adult
warning_amber
One or more licenses for this book have been acquired by your organisation details

Aaron's break-up with his girl takes him back home. His mom has been doing sexy webcam shows during her son's absence. She confesses. Mother and son break every law by starting a wild taboo affair.

His mom held her lower lip between her teeth, sunglasses aimed his way.

"I told you, I wasn't expecting any visitors. God, you gave me such a fright," she said.

They chuckled and then Aaron went to drink beer.

He found it done.

His mom tinkled a laugh.

"Going through that fast today."

Aaron looked at her glass and then at his bottle before setting his focus on his mom's face.

Then pointed to the glass.

Said: "I could take another beer. What about you? More wine?"

Aaron watched as his mom went for her phone. She checked the time.

Aaron looked at his mom.

She winced and muttered something Aaron couldn't make out.

Then she said: "Listen, I think there's something you should know."

Asked: "Is everything okay? You're not sick, are you, mom?"

His mother shook her head.

"No, not sick. Just busy. I've started something and, well, I worry you might disapprove."

Aaron stared and then nodded.

Asked: "What have you started, mom?"

His mom sighed and waved a dismissive hand.

"No, it's nothing for you to worry about," she said.

She drained the wine and then sighed again, looking at Aaron.

His mother gave a half-shrug.

"It's nothing to worry about. I promise. It's just very ... personal, Aaron. I worry how you're going to take it."

"Mom, come on. What the heck are you saying? Is it a guy? Are you seeing someone?"

His mom stared and then blurted a laugh, the sound of it like she thought the idea ridiculous.

"A guy? Jesus, no! I'm not seeing anyone, honey. I've been celibate for over a yearby choice, I hasten to add. There's been no guy. Don't need one. Don't want one," she finished.

She held up one hand.

"Listen, you're a grown-up, Aaron. I'm not going to kid around and hide it from you. I'll tell you what's what."