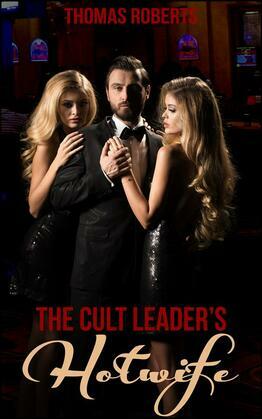 by Thomas Roberts (Author)
Buy for €2.99
Fiction Romance Adult
warning_amber
One or more licenses for this book have been acquired by your organisation details

The Companion is a mysterious, charismatic cult leader who attracts married women by the score. Crack reporter Jolene needs to join his cult in order to get an award-winning expose, but there's a risk! What if The Companion seduces her and destroys her unconventional marriage? Will doting Edgar be able to win her back?

"Then, he had her tattooed. He put a huge Ace of Spades on one breast and his name on the other, so the only men who would pay attention to her, except her owner of course, were black guys. Now, it's starting again."

"Why, what happened, buddy?"

"A pretty little redhead joined, along with her husband, naturally, and The Companion started working on her."

Instead of answering directly, Earl continued. "He took everything from us. He took the deed to our house, then he took the title to my truck and left me with the payments. Hell, he took our savings and our retirement accounts, and they all belong to him now. I don't have a thing except for this beer in my hands unless you want it back.

"But that's not what finally made me a broken man." Tears made tracks through the grime on Earl's cheeks. "I watched him with her, and I don't know how many times I watched him share her. Because Daisy has become enthusiastic, she yells and screams and always wants more. Still, I love her. Do you understand?"

Edgar didn't understand. But, if it had been Jolene, maybe he'd have felt the same.

"No, what broke me was when he gave her away for good. He gave her to this group of young punks who weren't even members of his church because he wanted the new woman. He didn't have to get rid of my wife, she'd have stayed, but he was tired of her. So, instead of giving Daisy back to me, her legal husband, he gave her to these little bums who are barely housebroken, and you know what they did?"

Edgar had to admit he didn't know what they'd done.

"They started charging men to be with her. They turned my wife, the woman I still love, into a prostitute. I'm destitute, and now I guess I'm on the run from his goons who, at best, want to take me back. My soul, and the woman I love, is still in that cult."