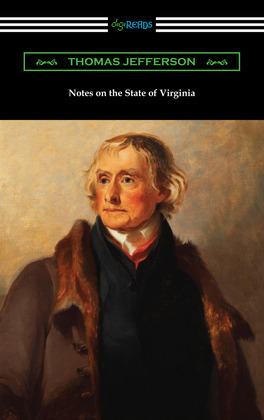 Notes on the State of Virginia

“Notes on the State of Virginia” is the only full-length book by Thomas Jefferson published during his lifetime. Jefferson first published the book anonymously in a private and limited-edition printing in Paris in 1785 while he was serving as a trade representative for the new American government. “Notes on the State of Virginia” was later made available to the general public in a 1787 printing in London by John Stockdale. Jefferson’s detailed description of the economy of Virginia and his treatise on government is considered one of the most important American books published before the turn of the 19th century. Jefferson deals extensively with important political, legal, and constitutional principles such as the separation of church and state, constitutional government, checks and balances, the importance of freedom of speech, and individual liberty. Jefferson’s work is essentially a discussion of what constitutes a “good society”, which he believed Virginia to be an example of. Filled with an extensive compilation of historically significant and contemporaneous data of the fledging nation, “Notes on the State of Virginia” represents an important primary source from one the most significant American political figures to ever have lived.