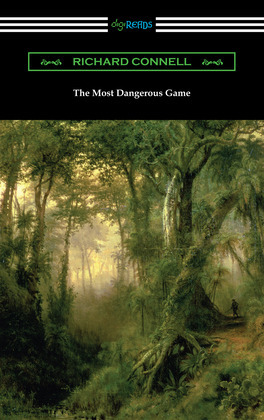 The Most Dangerous Game

Richard Connell was well-known for his masterful short stories and achieved great professional success, with his work often appearing in “The Saturday Evening Post” and “Collier’s” magazines. His most popular tale, “The Dangerous Game”, also published as “The Hounds of Zaroff”, is a perfect example of Connell’s impressive talent and distinct style. Still frequently adapted for stage and screen nearly a century after it first appeared, it is the fascinating and exciting tale of Sanger Rainsford, an experienced big-game hunter. Rainsford suddenly finds himself the hunted when he is ship-wrecked on a seemingly deserted island. There he finds General Zaroff, a retired military man, who has grown bored of hunting animals and now spends his time hunting human sailors who get stranded on his island. Rainsford must fight for his life against the clever Zaroff in Connell’s suspenseful and intriguing tale.