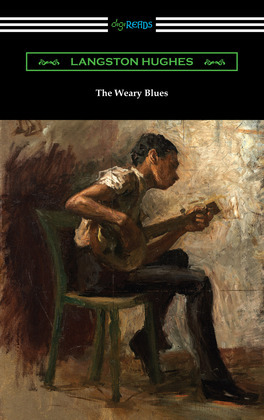 “The Weary Blues” is the powerful and ground-breaking collection of poetry by American author Langston Hughes. An important contribution to the growing Harlem Renaissance art movement, “The Weary Blues” was Hughes’ first poetry collection and was published in 1926 when the author was only 24, though some of the poems had appeared earlier in magazines. An immediate critical success, Hughes created a new form of poetry, called jazz or blues poetry, with his evocative and lyrical descriptions of the sounds and sights of a blues musician playing live. Hughes addresses the pressing social issues of racism, inequality, and political oppression while also capturing and celebrating the beauty and uniqueness of the African-American community in Harlem. In addition to the titular poem, “The Weary Blues” includes enduring classics of American poetry such as “The Negro Speaks of Rivers” and Hughes’ inspiring call for equality that begins “I, too, sing America”. These poems, as well as the shorter and more exuberant works, remain as relevant and powerful as when they were first written. This deeply personal, sensitive, and often melancholy collection established Hughes as one of the most important writers of the twentieth-century and continues to be celebrated and enjoyed by readers the world over.