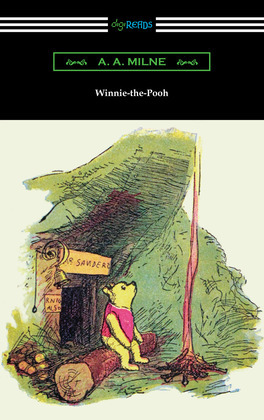 Originally published in 1926, A. A. Milne’s “Winnie-the- Pooh” is the first full volume of stories about one of literature’s most beloved and enduring characters. Based upon tales Milne made up for his own son, the real-life Christopher Robin, the stories in “Winnie-the-Pooh” follow the titular bear and his many friends in their adventures in the Hundred Acre Wood. This endearing and timeless children’s collection has been translated into dozens of languages, including Latin and Esperanto, and has inspired countless adaptations, toys, and products. Very few children’s stories or characters have had the universal and continuing appeal enjoyed by this gentle and unassuming bear and his kind and understanding friends. Winnie-the-Pooh and his friends Piglet, Eeyore, Owl, and Rabbit, are kind, inclusive, lovable, comical, and uncomplicated. Their antics and simple words of wisdom appeal to adults and children of all ages. Included in this collection are many unforgettable tales, such as Pooh becoming stuck in a hole, Pooh and Piglet trying to catch a Woozle and a Heffalump, Eeyore’s adventures losing his tail, and Christopher Robin’s quest to find the North Pole. Every child should have this masterpiece of children’s literature in their collection.