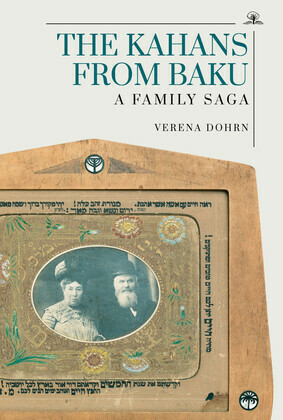 A Family Saga
by Verena Dohrn (Author)
Buy for $29.95 Excerpt
Nonfiction Business & economics Corporate & business history History History by country Middle East Israel Europe Russia
warning_amber
One or more licenses for this book have been acquired by your organisation details

The Kahans from Baku is the saga of a Russian Jewish family. Their story provides an insight into the history of Jews in the Imperial Russian economy, especially in the oil industry. The entrepreneur and family patriarch, Chaim Kahan, was a pious and enlightened man and a Zionist. His children followed in his footsteps in business as well as in politics, philanthropy, and love of books. The book takes us through their forced migration in times of war, revolution, and the twentieth century’s totalitarian regimes, telling the story of fortune and misfortune of one cohesive family over four generations through Russia, Germany, Denmark, and France, and finally on to Palestine and the United States of America.