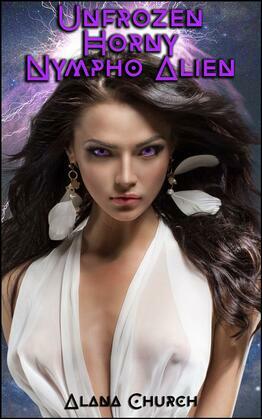 by Alana Church (Author)
Buy for €3.99 Excerpt
Fiction Erotica Romance Adult
warning_amber
One or more licenses for this book have been acquired by your organisation details

Oh, it was so good. Back home, back on Diadem, the act of masturbation was viewed suspicion just short of open hostility. Those who held themselves as moral arbiters of the planet thundered that it would only lead to more depraved acts of indulgence. Even when she was alone in her ship on one of her missions, in the depths of space with not another living soul around, Tezla had been wary, ever mindful that her every action was recorded. But now the pleasure was incredible, greater than she had ever found when she partook in one of her rare, carefully-hidden sessions of self-love. Her body tingled. Surges of electricity seemed to leap from her body to her brain and back again, feeding off each other, and she rubbed herself more rapidly, needing the release that only her climax could give.

Tezla didn't know why she turned her head. Perhaps she heard something, on a level below awareness. Perhaps there was a shift in the air. Or perhaps her senses, honed to a razor's edge by scout training, told her that someone else was awake.

Awake. And watching her.

She turned her head. Eve lay beside her. Her head was pillowed on one arm. But her eyes were open. Tezla could see the faint gleam. And could see, even more faintly, the rich curve of her parted lips.

Tezla froze, overcome by mortification. The shame! The disgrace! To be caught with her fingers on her privates, as if she was some outworlder who had no sense of how civilized people behaved.

"Poor little girl," Eve breathed. "Do you want some help?"

Tezla felt her eyes widen. She thought she had been aroused before. But nothing had prepared her for the bolt of searing lust woken by Eve's words.

"Oh, in so many ways." Her smile grew wider. "There are things women can do for each other that men..." One shoulder lifted in a shrug. "They do their best, poor things. With the wits God gave them, and with the bodies God gave them. But there are some things," she added, lifting a finger to trail down Tezla's arm, making her shudder, "that women can do better themselves."

"And more important, he understands me. He knows I have desires he can't answer. We had a nice long talk about it, a long time ago. I have his permission to stray." Her smile grew a bit lopsided. "Within certain limits."

The smile grew more genuine. "Also within certain limits." Eve shifted closer, putting her hand flat on Tezla's stomach. It seemed to burn her through the cloth, and Tezla shifted, fighting back an urge to throw herself into the other woman's arms.

"Shouldn't you ask him?"

"I don't have to. When you know and love someone as deep as Ash and I know and love each other, there is no need." Her hand began to caress her. "I already know the answer."

"In that case," Tezla whispered unsteadily. "Please help me."