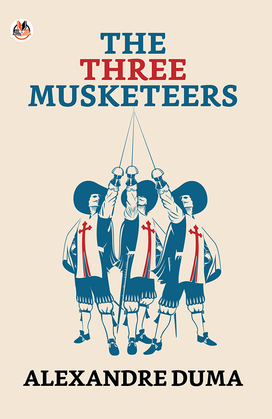 The Three Musketeers is a French historical adventure novel written in 1844 by French author Alexandre Dumas. It is in the swashbuckler genre, which has heroic, chivalrous swordsmen who fight for justice. The merit of all things lies in their difficulty. The three musketeers originally published in French as Les trois mousquetaires (1844) is one of the most famous works by Alexandre Dumas. Set in the 1620s, the story follows the adventures of the youthfully ambitious D’artagnan as he seeks a place in the Prestigious musketeers of the guard. However, D’artagnan loses an important letter of Introduction due to a series of misfortunes and is unable to join the guard immediately. However, he ends up befriending Athos, Porthos and Aramis, the three valiant musketeers who exemplify loyalty and devotion in friendship and live by the motto, “all for one and one for all”.