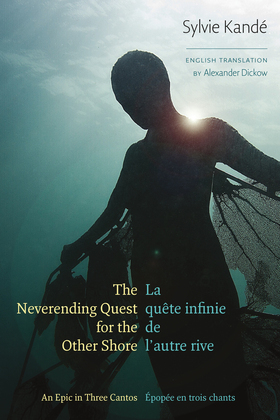 The Neverending Quest for the Other Shore

An Epic in Three Cantos
by Sylvie Kandé (Author)
Buy for $14.99 Excerpt
Fiction Poetry
warning_amber
One or more licenses for this book have been acquired by your organisation details

Sylvie Kandé's neo-epic in three cantos is a double narrative combining today's tales of African migration to Europe on the one hand, with the legend of Abubakar II on the other: Abubakar, emperor of 14th-Century Mali, sailed West toward the new world, never to return. Kandé's language deftly weaves a dialogue between these two narratives and between the epic traditions of the globe. Dazzling in its scope, the poem swings between epic stylization, griot storytelling, and colloquial banter, capturing an astonishing range of human experience. Kandé makes of the migrant a new hero, a future hero whose destiny has not yet taken shape, whose stories are still waiting to be told in their fullness and grandeur: the neverending quest has only just begun.

Country folk who made themselves belated mariners
their bodies cadence them
to cleave with the oar's tainted tip
the purple mounds of the great salt savannah
which no furrow marks
where no seed takes root
(But to say the sea
earthly words are little suited)
At the point of the dream
they were a myriad
no less and no more
to cross the coral barrier in laughter with its vermilion flowers:
there remain but three barks adrift
full so full to the point of capsizing