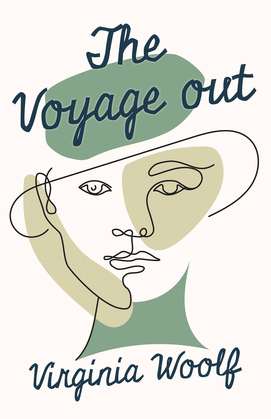 by Virginia Woolf (Author)
Buy for $9.99 Excerpt
Fiction Contemporary women Humorous
warning_amber
One or more licenses for this book have been acquired by your organisation details

“The Voyage Out” is the first novel by Virginia Woolf, originally published in 1915. The story centres around Rachel Vinrace, who sets off on a trip aboard her father's ship. During the voyage, she gets to know the ship's crew, an odd assortment of mismatched people that includes Mrs Dalloway, the main character of Woolf's later novel. Rachel undergoes a personal journey of self-discovery that likely represents Woolf's transition from a repressive household to the intellectual freedom provided by the Bloomsbury Group. A clever satire of Edwardian life, “The Voyage Out” is not to be missed by fans of Woolf's seminal work. Adeline Virginia Woolf (1882–1941) was an English writer. She is widely hailed as being among the most influential modernist authors of the 20th century and a pioneer of stream of consciousness narration. Woolf was a central figure in the feminist criticism movement of the 1970s, her works having inspired countless women to take up the cause. She suffered numerous nervous breakdowns during her life primarily as a result of the deaths of family members, and it is now believed that she may have suffered from bipolar disorder. In 1941, Woolf drowned herself in the River Ouse at Lewes, aged 59. Other notable works by this author include: “Mrs Dalloway” (1925), “To the Lighthouse” (1927), and “Orlando” (1928). Read & Co. Classics is proudly republishing this brilliant novel now in a new edition complete with a specially-commissioned new biography of the author.