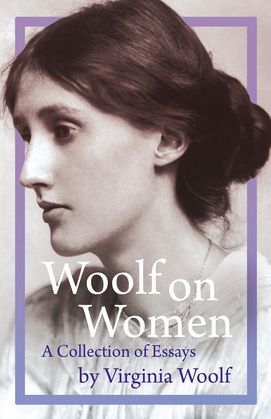 Woolf on Women - A Collection of Essays

by Virginia Woolf (Author)
Buy for $9.99 Excerpt
Nonfiction Social science Feminism & feminist theory
warning_amber
One or more licenses for this book have been acquired by your organisation details

"Woolf on Women" is a collection of Virginia Woolf’s essays about women (fictional, historical and those Woolf knew personally) and about how women should live. This compilation features essays that were published between 1924 and 1941 (the year of Woolf’s death) and includes work that was published posthumously. This book allows readers to catch a glimpse into Woolf’s mind, particularly her political, social and socio-economic opinions. It contains famous works such as ‘A Room of One’s Own’ (1928), focusing on women’s lack of freedom both in the law and in their creative expression, ‘Professions for Women’ (1931), discussing the role of a housewife, and ‘Three Guineas’ (1938), the sequel to ‘A Room of One’s Own’, which explores anti-war themes. An essential read for fans of Woolf and those who want to take a deeper dive into her thoughts, this book is also the perfect gift for lovers of feminist literature.
Virginia Woolf (1882–1941) was an English writer and feminist pioneer. She was integral to the widespread use of the narrator style stream of consciousness as a literary technique. Some of her most notable work includes the novels 'Mrs Dalloway' (1925) and 'To the Lighthouse' (1927).
Read & Co. Great Essays is proudly republishing these essays in a brand-new collection for the enjoyment of collectors of Woolf’s books and those who are new to her work.