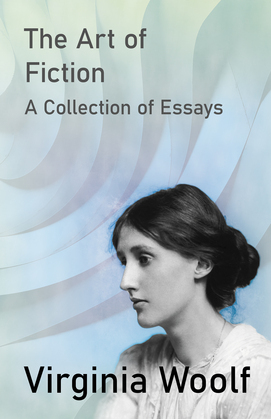 The Art of Fiction - A Collection of Essays

by Virginia Woolf (Author)
Buy for $6.99 Excerpt
Fiction Nonfiction Literary collections Essays
warning_amber
One or more licenses for this book have been acquired by your organisation details

Hailed as being among the most influential modernist authors of the 20th century, Woolf was a central figure in the feminist criticism movement of the 1970s whose works inspired countless women to take up the cause. Primarily, Woolf communicated her ideas through her essays, the most famous being “A Room of One's Own” (1929) which explored social injustices and women's lack of free expression. This volume contains an extensive collection of Woolf's seminal essays dedicated to the world of fiction and literature. Contents include: “Virginia Woolf”, “'Jane Eyre' And 'Wuthering Heights'”, “Defoe”, “Modern Fiction”, “On Re-Reading Novels”, “The Common Reader”, “American Fiction”, “David Copperfield”, “Jane Austen”, “George Eliot”, “The Russian Point of View”, “The Art of Fiction”, “The Novels of George Meredith”, etc. A must-have collection for those with a keen interest in feminist literature. Adeline Virginia Woolf (1882–1941) was an English writer. She suffered numerous nervous breakdowns during her life primarily as a result of the deaths of family members, and it is now believed that she may have suffered from bipolar disorder. In 1941, Woolf drowned herself in the River Ouse at Lewes, aged 59. Other notable works by this author include: “To the Lighthouse” (1927), “Orlando” (1928), and “A Room of One's Own” (1929). Read & Co. Great Essays is proudly publishing this brand new collection of classic essays now complete with a specially-commissioned new biography of the author.