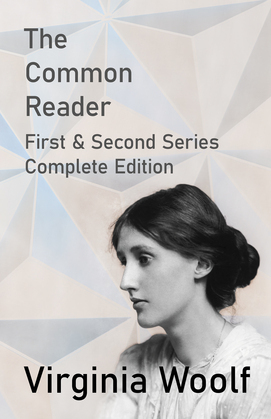 by Virginia Woolf (Author)
Buy for $9.99 Excerpt
Nonfiction Literary collections Essays Literary essays
warning_amber
One or more licenses for this book have been acquired by your organisation details

“The Common Reader” is a collection of classic essays by Virginia Woolf, published initially in two parts in 1925 and 1935. As the title suggests, the essays are intended for the average reader and deal with a variety of literary topics presented in layman's terms. The first series deals with various authors including Geoffrey Chaucer, Jane Austen, and Joseph Conrad; together with pieces on the Greek language and the modern essay. In the second series, Woolf looks at the lives and works of such authors as Daniel Defoe, Mary Wollstonecraft, Thomas Hardy, and others. A fantastic collection of essays not to be missed by fans of Woolf's seminal work and literature lovers in general. Contents include: “The Common Reader”, “The Pastons and Chaucer”, “On not Knowing Greek”, “The Elizabethan Lumber Room”, “Notes on an Elizabethan Play”, “Montaigne”, “The Duchess of Newcastle”, “Rambling Round Evelyn”, etc. Adeline Virginia Woolf (1882–1941) was an English writer. She is widely hailed as being among the most influential modernist authors of the 20th century and a pioneer of stream of consciousness narration. She suffered numerous nervous breakdowns during her life, primarily as a result of the deaths of family members, and it is now believed that she may have had bipolar disorder. In 1941, Woolf drowned herself in the River Ouse at Lewes, aged 59. Other notable works by this author include: “Pattledom” (1925), “A Room of One's Own” (1929), “The Captain's Death Bed: and Other Essays” (1950). Read & Co. Great Essays is proudly republishing this classic collection now in a new edition complete with a specially-commissioned new biography of the author.