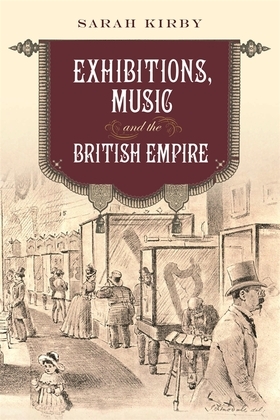 Exhibitions, Music and the British Empire

by Sarah Kirby (Author)
Buy for $29.95 Excerpt
Nonfiction History History by country Australia & New Zealand Europe Great Britain 1799-before 1945 Arts Music Classical History & criticism
warning_amber
One or more licenses for this book have been acquired by your organisation details

International exhibitions were among the most significant cultural phenomena of the late nineteenth century. These vast events aimed to illustrate, through displays of physical objects, the full spectrum of the world's achievements, from industry and manufacturing, to art and design. But exhibitions were not just visual spaces. Music was ever present, as a fundamental part of these events' sonic landscape, and integral to the visitor experience.

This book explores music at international exhibitions held in Australia, India, and the United Kingdom during the 1880s. At these exhibitions, music was codified, ordered, and all-round 'exhibited' in manifold ways. Displays of physical instruments from the past and present were accompanied by performances intended to educate or to entertain, while music was heard at exhibitors' stands, in concert halls, and in the pleasure gardens that surrounded the exhibition buildings. Music was depicted as a symbol of human artistic achievement, or employed for commercial ends. At times it was presented in nationalist terms, at others as a marker of universalism. This book argues, by interrogating the multiple ways that music was used, experienced, and represented, that exhibitions can demonstrate in microcosm many of the broader musical traditions, purposes, arguments, and anxieties of the day. Its nine chapters focus on sociocultural themes, covering issues of race, class, public education, economics, and entertainment in the context of music, tracing these through the networks of communication that existed within the British Empire at the time.