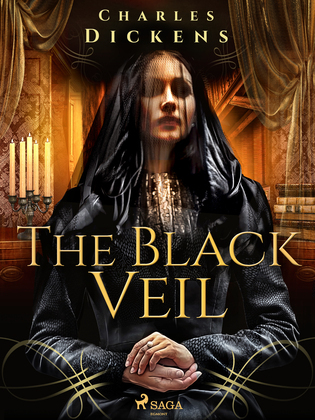 by Charles Dickens (Author)
Buy for $3.99 Excerpt
Fiction Classics Thrillers
warning_amber
One or more licenses for this book have been acquired by your organisation details

It is the year 1800 and a young medical practitioner has opened his own surgery. Scalpel in hand, he eagerly awaits his first patient. Yet no one comes. Late one night a tall woman dressed all in black mourning attire, a veil covering her face, steps into his practice. The woman does not say a word. Dickens creates a palpable atmosphere with the inclement weather, the mourning clothes and the woman’s chilling request.

In true Dickens style, The Black Veil is a Gothic thriller that is sympathetic, mysterious and has a twist you never saw coming.

Charles Dickens (1812-1870) was an English author, social critic, and philanthropist. He achieved wide spread popularity and success during his lifetime , and is recognised as a literary genius to this day. He created some of the world’s best fictional characters and is regarded as the best writer of the Victorian era. His writing has inspired its own literary theme and genre with works today being described as ‘Dickensian’ thanks to his contribution to writing. His most famous novels include Oliver Twist (1839), David Copperfield (1850), and Great Expectations (1861), all of which have been adapted to majorly successful and beloved film adaptations.