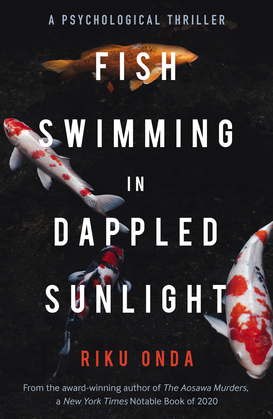 by Onda Riku (Author), Watts Alison (Translator)
Buy for $11.95 Excerpt
Fiction Mystery & detective Thrillers
warning_amber
One or more licenses for this book have been acquired by your organisation details

From the author of The Aosawa Murders, one of the NYT Notable Books of 2020. The WSJ commented: “Part psychological thriller, part murder mystery—it is audacious in conception and brilliant in execution.” The Globe and Mail said the book was “emerging as one of the most praised novels of the year.”


This gripping psychological thriller takes place in a desolate apartment in a Japanese city. The protagonists, Aki and Hiro, fell in love at university before becoming convinced that they were brother and sister, separated when young after Aki was adopted. After living together platonically for some years they went on a trek in the mountains, where their guide—their estranged natural father—died inexplicably. Each believes the other to be the murderer and are determined to extract a confession.


The suspicion has destroyed their relationship and so they have decided to go their separate ways. But first, they feel compelled to discuss what happened that day. In the ensuing psychological battle of wills during their last night together, they retrace events and come to a stunning conclusion.


The thriller--buried in a literary whodunit--explores the mysteries of romantic love, memory and attaining self-knowledge. Like the best Japanese crime writing it is an unflinching foray into the darker recesses of the soul, quietly suspenseful and elegantly constructed.A psychological thriller by the Japanese author of the highly acclaimed The Aosawa Murders, selected by NYT as one of the most notable books of 2020.

A desolate apartment, a man and a woman about to spend their last night together. Each believes the other to be a killer, and is determined to extract a confession. Two people desperate to unlock the truth. The pair’s relationship and chain of events leading up to this night are revealed in chapters that alternate between the two voices, giving different versions of the same events.