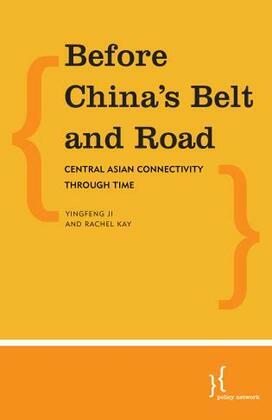 Before China's Belt and Road

Since China’s announcement of the Belt and Road Initiative (BRI) in 2013, commentary on China’s activity across Eurasia and beyond has proliferated. English-language media tends to depict China as an aggressive power devoted to projecting its geopolitical influence, and portrays the BRI as a new and potentially threatening project.

Before China’s Belt and Road: Central Asian Connectivity Through Time challenges these prevailing assumptions about the BRI. It places the BRI in the context of the historical relationship between China and its neighbours, focusing on the Central Asian countries, whose close economic links with China long predate the BRI. The authors argue that the BRI does not constitute a new approach on the ground. Throughout Central Asia’s past, bi- and multilateral cooperation, regional institution building and person-to-person trade all have played enduringly central roles. Before China’s Belt and Road shows how these phenomena are also central to the BRI framework, suggesting that the BRI’s implementation is by no means an entirely top-down intervention by Beijing.