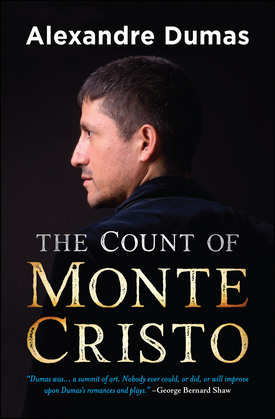 by Alexandre Dumas (Author)
Buy for $0.99 Excerpt
Fiction Action & adventure Classics
warning_amber
One or more licenses for this book have been acquired by your organisation details

Originally published in January 1846, ‘The Count of Monte Cristo’ is an expansive adventure novel with a huge cast of characters by Alexandre Dumas, a French writer. His works have been translated into many languages and he is one of the most widely read French authors.
It is considered as one of the Dumas' most cherished novels and one of the best-selling works of its day. The story revolves around the young sailor Edmond Dantès. Wrongfully blamed for aiding the exiled Napoleon, Dantès is arrested on the day of his wedding and imprisoned on the island prison, Chateau d'If. He survives years of cramped detention and eventually befriends another prisoner, an Italian who knows the location of a treasure: the island of Monte Cristo.
After an intrepid escape, Dantès utilizes his new fortune to extract revenge from his enemies, seeking those who imprisoned him to a bitter end for all concerned. An ageless tale with a phenomenal amount of endurance, mercy, courage, and hope, the novel endures as one of the nineteenth century's classics of literature.