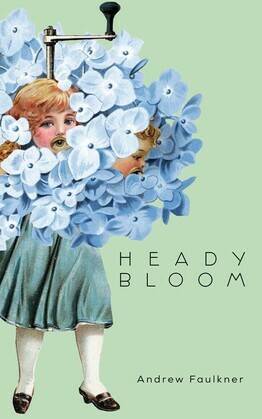 by Andrew Faulkner (Author)
Buy for $11.95 Excerpt
Nonfiction Health & fitness Anxieties and stress Fiction Poetry
warning_amber
One or more licenses for this book have been acquired by your organisation details

Imagine you’re standing in a room, and someone on the other side of the door won’t stop knocking – ever. Welcome to Andrew Faulkner’s world of the never-ending, low-grade headache, a medical issue resolved only by striking up a committed relationship with the slippery miracle that is Advil. Through direct address, sideways glances, lyrical interludes and deep consideration of what it means to overcome a condition when living is a part of the condition itself, these poems observe the speaker’s world as it crowds around him, coming into sharper and specific focus, from the hard wisdom of saints on suffering and a slightly unhinged Caravaggio on the metaphysics of painting, through to the deep meaning of a hot dog and a thoroughly botched retelling of a Norm Macdonald joke. Throughout it all, Advil whirls around like an unruly tornado of a sidekick, snapping Polaroids and “searching for a cloud that resembles a plausible end-of-life scenario.”

Think of this collection as a meditation on how to deal with pain and uncertainty when life itself is an uncertain, painful mess. These are poems that acknowledge the shakiness of the ground we stand on. The opening poem wonders: “If you stay with the shakiness through its conjugations? Who knows.” But don’t worry. Advil’s on the case and aims to find out.

"These wry poems cajole the reader into feverish attentiveness. Andrew Faulkner's Heady Bloom is that unusual collection of poems whose aim is generous and profound, but whose means are often comic and provocative, all jagged edges and elbows. Chaplinesque, perhaps, but Chaplin at an all-ages hardcore show, or having been to one and reflecting on it later, in tranquility." —Ed Skoog, author of Travelers Leaving for the City and Run the Red Lights

"Among other issues, this book explores how the seizures, hallucinations, and excruciating pain caused by neurological conditions that are now treated clinically were once thought of as visions granted to and endured by saints. Faulkner does this in poems that are filled with seriousness but also humor, unlikely allusions, and exhilarating wordplay. A running conceit is the speaker’s ambivalent relationship—a kind of “bromance”—with Advil, modern medicine personified as his nemesis and doppelgänger, a taunting comedian but also a vital helpmate, a debased version of the saints’ archangelic protectors. Faulkner’s imagery and conceits surprise and delight. A strange and beautiful book. " —Geoffrey Nutter