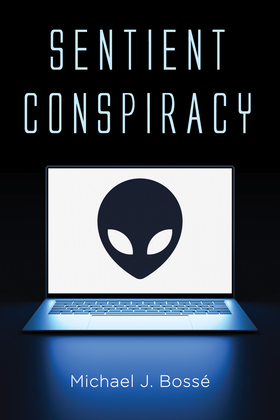 by Michael J. Bossé (Author)
Buy for $27.00 Excerpt
Fiction Espionage
warning_amber
One or more licenses for this book have been acquired by your organisation details

While each quarreling trio member has responsibilities to safeguard classified files, the power-hungry colonel will kill to protect the secrecy of a decades-long governmental cover-up of known sentient extraterrestrial life on Earth. Tate's stealing of the files places him in the colonel's crosshairs. Robert, investigating the content of the files and the suspicious death of his friend, gets caught up in an elaborate and dangerous conspiracy. The colonel surveils and hotly pursues Robert. Guided by some cryptic text messages, Robert has only one solution to protect himself, his family, and friends--a solution that may place him in an even more dire situation: to let the entire world know what the government is hiding. Can Robert complete his task before the colonel closes in? Can those who dare to challenge the colonel help to protect Robert's family? Will Robert's family be safe? While the life-and-death chase transpires, Pastor Alex and others wrestle with the theological implications of extraterrestrial life to Christianity.