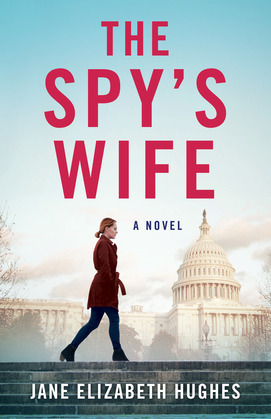 A Novel
by Jane Elizabeth Hughes (Author)
Buy for $9.95 Excerpt
Fiction Action & adventure Espionage Mystery & detective Suspense
warning_amber
One or more licenses for this book have been acquired by your organisation details

How would it feel to wake up one morning and discover that you’re married to James Bond? Shelley has always believed that her husband is a mild-mannered management consultant—but then one morning his picture appears on CNN above the headline “CIA Spy David Harris is Source of British News Leak.”

Quiet, self-possessed David a spy? Impossible! But while Shelley is still reeling from the first revelation, David’s photo is again splashed across the news—and this time he’s not alone. This time he has his arm around a beautiful, sun-streaked blonde, and this time the headline screams, “CIA Superspy and British Reporter in Romantic Relationship!”

In the weeks that follow, together and apart, David and Shelley dodge foreign agents and international media hounds (not to mention his desperate ex-lover) from Paris to Bogotá to Jerusalem. But more alarming than this game of hide-and-seek is the fact that Shelley finds herself fascinated and deeply, disturbingly attracted by the dangerous stranger her husband has become. Can she reconcile her dream of domestic tranquility with the fierce emotions that have suddenly taken over her life? Can she become the perfect spy’s wife?