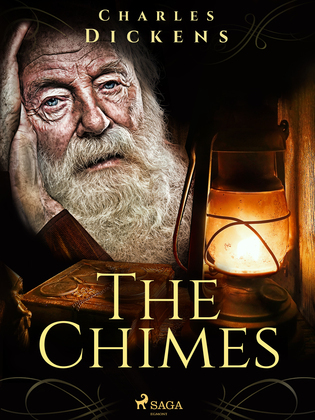 by Charles Dickens (Author)
Buy for $6.99 Excerpt
Fiction Classics
warning_amber
One or more licenses for this book have been acquired by your organisation details

"The good old times, the good old times ... what times they were!" Set during the Christmas period, ‘The Chimes’ is an affecting examination of social structure, hypocrisy, and emotional poverty. The central figure, Trotty Veck, is gradually losing his faith in humanity. However, the church bells and a horde of goblins may have the answer to his melancholy. Written in four parts, ‘The Chimes’ sees Dickens dissect the smug attitudes of the wealthy and the bleak fortunes of the poor while focusing on the good that is in everyone.

Charles Dickens (1812-1870) was an English author, social critic, and philanthropist. He is the author of 15 novels, five novellas, and hundreds of short stories. Among his most famous works are 'Oliver Twist' (1839), 'A Christmas Carol' (1843), and 'Great Expectations' (1861). Several of his books have been adapted for film, with characters such as Jacob Marley in 'A Christmas Carol' played by Alec Guinness.