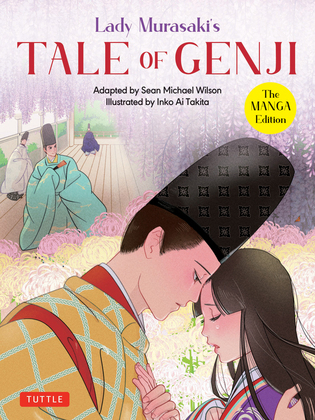 Step into a story of life and love in Kyoto's 10th century royal court.

Tale of Genji, the world's oldest known novel, tells the story of Prince Genji and his adventures in life, love, and power within the halls of the Chrysanthemum Royal Court. Handsome, romantic, and talented in the art of seduction, Prince Genji skillfully navigates the court and all its intrigues--always in search of love and often finding it. His story is the oldest and most famous tale of romance in the annals of Japanese literature and, as a representation of passion and romance, remains beyond compare.

Lady Murasaki Shikibu wrote this story some 500 years before Shakespeare put pen to paper. It is acknowledged to be the world's very first novel, and English-speaking readers can now experience the story in manga style for the first time.