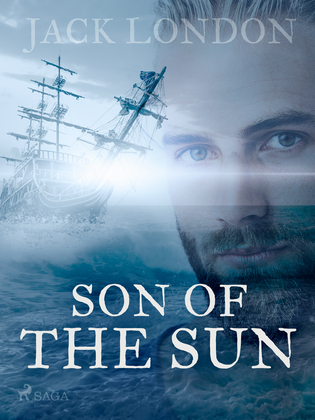 A Son of the Sun

by Jack London (Author)
Buy for $9.99 Excerpt
Fiction Classics Fairy tales, folk tales & mythology
warning_amber
One or more licenses for this book have been acquired by your organisation details

Pirates, shipwrecks, terrible storms, and cannibals! Why would anyone ever want to Sail the Seven Seas? You will find all this and much more in Jack London's adventure novel 'A Son of the Sun.'

Set in the Pacific Ocean, these eight different stories are told from the point of view of David, a businessman who once traveled the South Seas. The narrative is largely influenced by London’s own voyages, some of which proved rather dark and horrifying. The vivid natural descriptions and realistic character portrayal make 'A Son of the Sun' an entertaining and haunting sea novel, perfect for readers and fans of marine adventures.

Jack London (1876-1916) was an American writer and social activist. He grew up in the working class, but became a worldwide celebrity and one of the highest paid authors of his time. He wrote several novels, which are considered classics today, among these are 'Call of the Wild', 'Sea Wolf' and 'White Fang'.

Recent film adaptations include 'Call of the Wild' 2020 starring Harrison Ford and Dan Stevens and 'White Fang' from 1991.