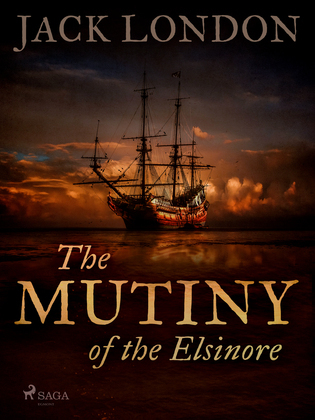 The Mutiny of the Elsinore

by Jack London (Author)
Buy for $11.99 Excerpt
Fiction Classics Thrillers
warning_amber
One or more licenses for this book have been acquired by your organisation details

John Pathurst, a successful playwright has run out of inspiration, New York, fame, women and the arts have lost it’s lustre. In a desperate grab for inspiration he books passage on a cargo ship from Baltimore to Seattle, taking him around the treacherous Cape Horn hoping it will spark his passion once again. When a vicious mutiny breaks out amongst the crew, Pathurst is exposed to the cold indifference of life more than ever before, but will he survive to write about it? It is a brilliant read, inspired by London’s own treacherous journey around the Horn, with stunning description and deeply engaging characters. If you loved Jules Verne’s epic ‘Twenty Thousand Leagues Under the Sea’ you’ll love this brilliant adventure.