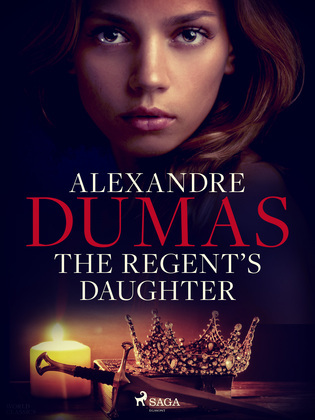 by Alexandre Dumas (Author), Alfred Richard Allinson (Translator)
Buy for $10.99 Excerpt
Fiction Classics Mystery & detective Traditional British
warning_amber
One or more licenses for this book have been acquired by your organisation details

A sequel to "The Conspirators; or the Chevalier d’Harmental", "The Regent’s Daughter" is the second entry on the regency of the young King Louis XV. Much of the story focuses on Gaston de Chanley, a young man torn between his love and his dedication to the murder of the regent Duke of Orleans. It is a fascinating read because of how Dumas’ brings these historical figures to life, powerful and threatening dukes are in essence paper tigers who without their cabal of support would crumble. It is a political tinder box built on smoke and mirrors that threatens to go up at any minute. Reminiscent of Walter Scott’s work, it is a powerful plot, threaded with intrigue, romance, love and blood. It is a novel that brings pre-revolutionary France to life in a way many readers will not have experienced and is perfect for anyone who loved the intrigue of Netflix’s ‘The Crown’.

Alexandre Dumas (1802-1870) remains one of the most important figures in French and world literature to this day. His historical and romantic adventure pieces were largely inspired by his many travels and extraordinary lifestyle. His most famous novels include ‘The Count of Monte Cristo’, ‘The Three Musketeers’ and ‘Twenty Years After’. His works totalling more than one hundred thousand pages have been adapted in to more than two-hundred films.