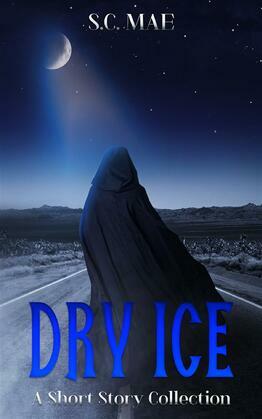 A Short Story Collection
by S.C. Mae (Author)
Buy for €3.99 Excerpt
Fiction Science fiction Adventure Short stories Space opera and planet opera Short stories
warning_amber
One or more licenses for this book have been acquired by your organisation details

- On an inhospitable planet, a cargo hauler comes across something walking the road when it’s eighty below outside.

- A time-traveler turned celebrity thinks he’s gotten away with murder.

- Lamenting the fact that pickings are far slimmer than when he was younger, an aging adventurer considers retiring to sunny Clawrida.

- Born in the ocean but unable to survive there, a genetically-altered teenager struggles with life on land amidst a prejudiced, fearful community.

- In search of a legendary recluse who has found meaning in existence, a young man arrives at a planet on the edge of the universe.

- A book-loving heretic’s paranoia threatens to get the best of him.

- After their excitement at discovering an ancient alien space station, a pair of treasure hunters quickly realize the place is not as dead as it first appears.

Meet the above individuals and more in this eighteen-story science-fiction bonanza!

And if you’re a Jazz Healy fan, she’s the star of two tales in Dry Ice: A Short Story Collection! So what are you waiting for? It’s time to get your read on!