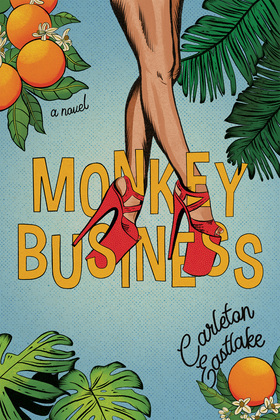 by Carleton Eastlake (Author)
Buy for $1.99 Excerpt
Fiction Literary Romance Adult Humorous
warning_amber
One or more licenses for this book have been acquired by your organisation details

When William Fox, a TV writer on location in Florida, is dragged by his show’s toxic producers to a “gentleman's club” that’s just appeared outside town, he meets Nicole, a mysterious dancer who claims to be an anthropologist searching for signs of rational life on Earth.

Enchanted by her both playful and serious ideas exploring love, limerence, power, monkey behavior, paintball combat, creativity, and the dilemma of a rational mind compelled to serve an animal’s body by feeding it fantasies, Will falls in love—and his ever more troubled love-struck behavior and the acidly destructive battles among his producers and network executives during the production of his show soon begin to illustrate Nicole’s theories.

Nicole is charmingly romantic on a cruise up the Space Coast, but nothing about her seems authentic. After she warns she’ll soon leave and his producers are humbled by an uncanny encounter with the police, Will begins to wonder, is Nicole staging real world events with him and the producers as her experimental subjects? And if so, can he discover her true identity, learn the lessons she’s trying to teach, and earn her love before he loses her forever?