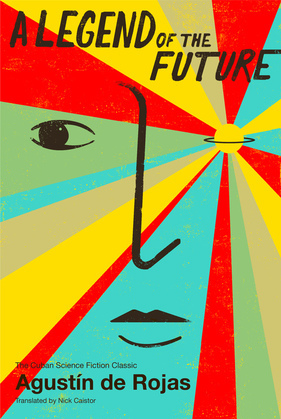 A Legend of the Future

by Agustín de Rojas (Author), Nick Caistor (Translator)
Buy for $14.99 Excerpt
Fiction Science fiction Space opera and planet opera
warning_amber
One or more licenses for this book have been acquired by your organisation details

“Finally, we have the chance to read a landmark work from one of Cuba’s greatest science fiction writers…. If you like intensely psychological sci-fi that deftly piles on the suspense, this novel’s for you…. The boundaries between dream and reality, and then between human and machine, almost melt away as the story progresses. And it is de Rojas’s skillful manipulation of those boundaries that makes A Legend of the Future so addictive.” —SF Signal

The first book by the father of Cuban science fiction to be translated into English, this mesmerizing novel, reminiscent of Arthur C. Clarke’s 2001: A Space Odyssey, is a science-fiction survival story that captures the intense pressures—economic, ideological, and psychological—inside Communist Cuba.

A Legend of the Future takes place inside a spaceship on a groundbreaking mission to Titan, one of Saturn’s moons; back home, a final conflict between warring superpowers threatens the fate of the Earth. When disaster strikes the ship, the crewmembers are forced into a grand experiment in psychological and emotional conditioning, in which they face not just their innermost fears, but the ultimate sacrifice—their very humanity.