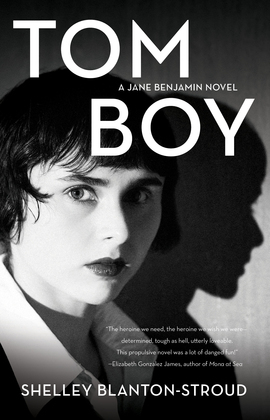 It’s 1939. On the brink of World War II, Jane Benjamin wants to have it all. By day she hustles as a scruffy, tomboy cub reporter. By night she secretly struggles to raise her toddler sister, Elsie, and protect her from their mother. But Jane’s got a plan: she’ll become the San Francisco Prospect’s first gossip columnist and make enough money to care for Elsie.

Jane finagles her way to the women’s championship at Wimbledon, starring her hometown’s tennis phenom and cover girl Tommie O’Rourke. She plans to write her first column there. But then she witnesses Edith “Coach” Carlson, Tommie’s closest companion, drop dead in the stands of apparent heart attack, and her plan is thrown off track.

While sailing home on the RMS Queen Mary, Jane veers between competing instincts: Should she write a social bombshell column, personally damaging her new friend Tommie’s persona and career? Or should she work to uncover the truth of Coach’s death, which she now knows was a murder, and its connection to a larger conspiracy involving US participation in the coming war?

Putting away her menswear and donning first-class ballgowns, Jane discovers what upper-class status hides, protects, and destroys. Ultimately—like nations around the globe in 1939—she must choose what she’ll give up in order to do what’s right.