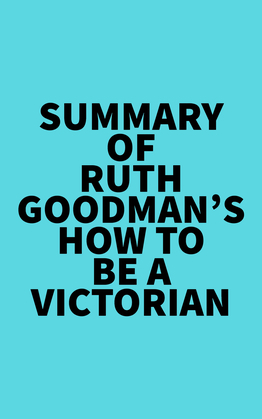 Summary of Ruth Goodman's How to Be a Victorian

#1 The first step out of bed for most people was to shiver, and the start of the day for most working people was dawn. The knocker-upper was a man who tapped on the windowpanes of his clients to wake them up.

#2 The first thing you would do in the morning was get warm by lying down on a rug. Windows were often left open overnight, to allow cool currents of fresh air to circulate.

#3 The Victorian era was when people began to realize the dangers of carbon-dioxide poisoning. They would fear that bedrooms were especially dangerous, since people spend so much time in them.

#4 The poor would huddle together beneath permanently open windows with only their day clothes to keep them warm. The possibility of being warm influenced them more than talk of poisoned air.