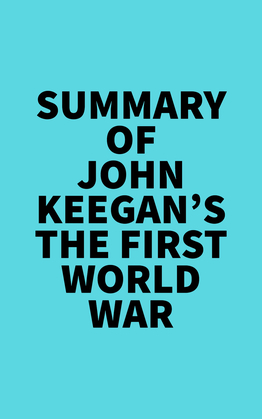 #1 The first World War was a tragic and unnecessary conflict. It was unnecessary because the train of events that led to its outbreak might have been broken at any point during the five weeks of crisis that preceded the first clash of arms, had prudence or common goodwill found a voice.

#2 There are many ceremonial monuments in French and British communities that commemorate the dead of the Second World War. The cross that stands at the crossroads in my West Country village was raised to commemorate the men who did not return from the First World War, but their number is twice that of those killed in the Second.

#3 The Germans, who could not decently mourn their four million dead of the Second World War, found a materially equivalent difficulty in arranging an appropriately symbolic expression of grief for their fallen of the First World War, as many lay on foreign soil.

#4 The war’s effects were felt by the entire world, not just the warring countries. The German war generation was comparable to the French, suffering from the same casualties and losses.