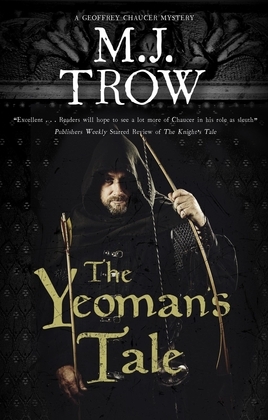 by M.J. Trow (Author)
Buy for $24.99 Read sample online Download sample
Fiction Mystery & detective Historical
warning_amber
One or more licenses for this book have been acquired by your organisation details

Poet-sleuth Geoffrey Chaucer is caught up in the chaos of the Peasants' Revolt as he attempts to track down a brutal killer.

June, 1381. Embarking on his annual pilgrimage to Canterbury, Geoffrey Chaucer and his fellow travellers are forced to turn back when confronted with a horde of armed and angry peasants, intent on marching to London. Returning to the city to warn the authorities of the approaching danger, the pilgrims hole up at the Tabard Inn and prepare for the coming invasion.

That same night, a woman's body is fished out of the River Thames, her throat cut. When he discovers that the victim was the wife of one of his fellow pilgrims, Chaucer determines to investigate. Could the woman's henpecked husband be responsible for her death? A jealous business rival? Or was she murdered by one of the pilgrims? Does a cold-hearted killer lurk within the Tabard?

As the army of rebellious peasants approaches, Chaucer finds himself in a race against time to uncover the truth before anarchy descends.