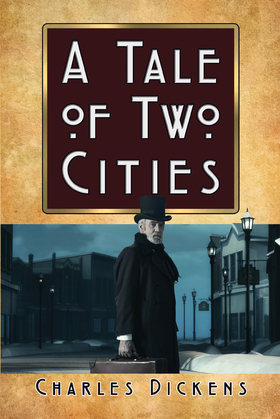 by Charles Dickens (Author)
Buy for $3.98 Excerpt
Fiction Action & adventure Classics
warning_amber
One or more licenses for this book have been acquired by your organisation details

“It was the best of times, it was the worst of times…” is how Dickens' most famous work of historical fiction opens. One of the best-selling novels of all time, it has sold an estimated 200 million copies. Adapted for film, television, radio, and the stage, the novel has had an influence on popular culture since it was written.

The story is set in London and Paris before and during the violent upheaval of the French Revolution. It was a time of great change and extreme danger. Rich and poor were far apart and no one was exempt from the ensuing wrath during the Revolution and the Reign of Terror with massacres and public executions. Injustice was met by a lust for vengeance, and a distinction was rarely made between the innocent and the guilty. Against this backdrop, Dickens' story of unsurpassed adventure and courage unfolds.

Underscoring the themes of imprisonment, injustice, social anarchy, resurrection, and the renunciation that fosters renewal, Dickens compresses an event of immense complexity to the scale of a family history. While political events drive the story, Dickens lambasts both aristocratic tyranny and revolutionary excess which is caricatured in Madame Defarge, who knits beside the guillotine.