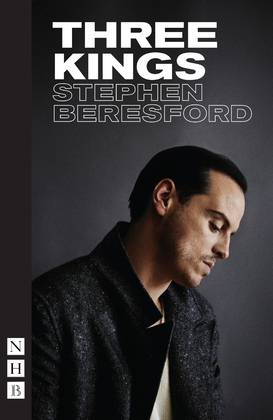 by Stephen Beresford (Author)
Buy for $16.99 Excerpt
Fiction Drama
warning_amber
One or more licenses for this book have been acquired by your organisation details

When Patrick is eight years old, his absent father returns unexpectedly for a brief but memorable encounter.

Years later – recalling that meeting, and the revelations that followed – Patrick traces the events of his father’s life, laying bare a journey of grandiose plans, aching disappointments and audacious self-delusion.

Three Kings by Stephen Beresford is a heartbreaking and hilarious play for a solo actor about fathers and sons, the gifts and burdens of inheritance, and the unfathomable puzzle of human relationships.

It was written for Andrew Scott to perform as part of Old Vic: In Camera, a series of live performances streamed from The Old Vic, London, in 2020. This edition includes an introduction by the director Matthew Warchus.