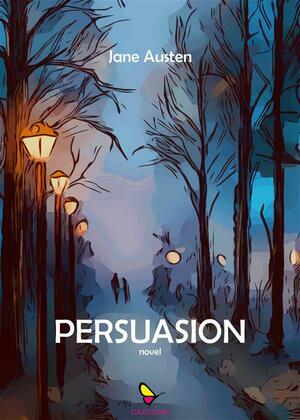 by Jane Austen (Author)
Buy for €2.49 Excerpt
Fiction Comics & graphic novels
warning_amber
One or more licenses for this book have been acquired by your organisation details

Persuasion is the last novel completed by Jane Austen. It was published along with Northanger Abbey at the end of 1817, six months after her death.

The story concerns Anne Elliot, a young Englishwoman of twenty-seven years, whose family moves to lower their expenses and reduce their debt by renting their home to an Admiral and his wife. The wife's brother, Navy Captain Frederick Wentworth, was engaged to Anne in 1806, but the engagement was broken when Anne was "persuaded" by her friends and family to end their relationship. Anne and Captain Wentworth, both single and unattached, meet again after a seven-year separation, setting the scene for many humorous encounters as well as a second, well-considered chance at love and marriage for Anne in her second "bloom".