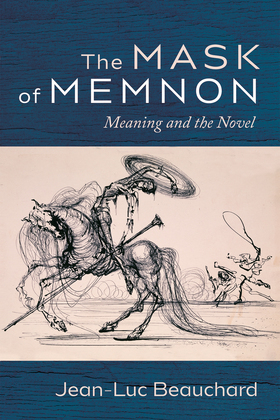 The Mask of Memnon

Meaning and the Novel
by Jean-Luc Beauchard (Author)
Buy for $17.00 Excerpt
Nonfiction Literary essays Religion
warning_amber
One or more licenses for this book have been acquired by your organisation details

What gives life its meaning? This question stands behind every philosophical inquiry, and philosophy itself arises from it. Confronting the problem of meaning is, as Camus says, the fundamental task of human life. Yet at bottom, meaning is an aesthetical category. Meaning hinges on interpretation. It makes sense then to turn to art--and in particular the art form which deals most explicitly with meaning, the novel--if we are to attempt to address it.

Inspired by but critical of Roland Barthes's "death of the author" literary theory, The Mask of Memnon seeks to reconcile opposing philosophical approaches to the question of meaning by examining the death of the author from the perspective of the character, not the reader. In this work, the traditional dichotomy between external/objective meaning and internal/subjective meaning is upended and a new paradigm is proposed.