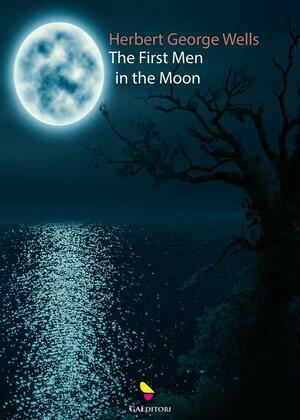 by Wells Herbert George (Author)
Buy for €2.99 Excerpt
Fiction Comics & graphic novels Science fiction
warning_amber
One or more licenses for this book have been acquired by your organisation details

To devote himself to writing in order to raise some money, Mr. Bedford rents a country house to find the necessary peace. It is on this occasion that he meets Doctor Cavor, who passes every evening under his window gesturing and talking to himself. Speaking with the scientist, Bedford discovers that he is working on a substance, cavorite, capable of shielding gravity. The two friends become and decide to go on an exploratory journey on the lunar surface, using a spherical shuttle built with the second batch of cavorite manufactured (the first, immune to gravity, is thrown into space by the Earth's rotation, together with the column of air. above it). On the Moon they discover that the satellite's atmosphere freezes during the very long night of the satellite and then returns to the gaseous state during the day: the plants that sprout and grow very rapidly during the lunar day left seeds on the ground to survive the night and germinate the next day. The Moon is also inhabited by sentient beings, living underground, from which Bedford and Cavor are captured after getting drunk by carelessly eating a lunar vegetable. The two manage to escape, but Cavor is caught while the other finds the spacecraft and manages to return to Earth. The spacecraft, left unattended, is lost as a young boy enters it and accidentally starts it, making it impossible for Bedford or anyone else to return to the moon. Later, Bedford discovers that Cavor is alive on the moon, has managed to communicate with the selenites, and is broadcasting his findings to Earth by radio. The first communications are his version of the lunar adventure with Bedford, then follows a description of the lunar society - similar in many respects to those of social insects - and finally the account of Cavor's encounter with the Great Lunar, the leader of the selenites. , a gigantic brain. The Great Lunar is shocked by Cavor's description of the Earth wars, and the last desperate transmission before the Earth scientist gets the cavorite formula.