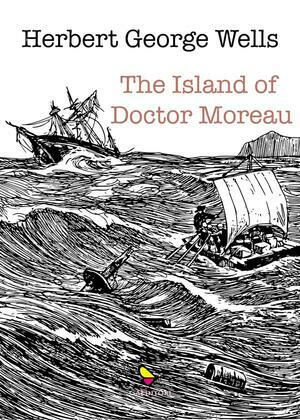 The Island of doctor Moreau

by Wells Herbert George (Author)
Buy for €1.99 Excerpt
Fiction Comics & graphic novels Science fiction
warning_amber
One or more licenses for this book have been acquired by your organisation details

Edward Prendick is shipwrecked following a terrible ship accident in the Pacific, and is saved by a small vessel, the Ipecacuanha, commanded by an alcoholic captain, on which exotic animals are transported. On the boat he meets the mysterious Montgomery and his deformed and inhuman servant, M'ling. Still confused and exhausted by the shipwreck, Prendick is abandoned by the captain on a lifeboat after defending M'ling from his outburst and is recovered by Montgomery who meanwhile was disembarking with his load of animals on an island of volcanic origin. Once on the island coasts, the trio of men is welcomed by strange men who arouse feelings of curiosity and horror at the same time in Prendick. Upon reaching a complex wooden house that also has a fence, Edward Prendick discovers that someone is vivisecting animals, and soon runs into the famous Doctor Moreau, a skilled doctor and scientist specializing in vivisection, who fled England following the scandal. aroused by the escape of a mutilated dog from his laboratory. The man escapes, struck by emotional shock due to the moans coming from the scientist's laboratory, and ends up in the forest, where he runs into some monstrous man-beasts, one of whom begins to chase him with the intention of killing him.