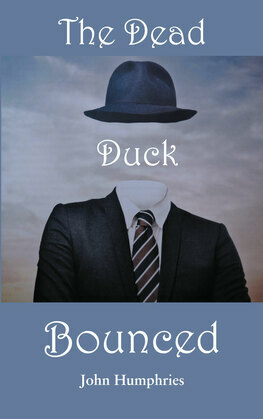 by John Humphries (Author)
Buy for $6.80 Excerpt
Fiction Espionage Mystery & detective Suspense
warning_amber
One or more licenses for this book have been acquired by your organisation details

What became of Harold Prettyman, a German agent captured by the British during World War Two? Eighty years later, an investigation by reporter Jack Flynt seems to end at a new dormer bungalow with white pebble-dash walls, not the grey stone terraced house in the Welsh valleys from which, according to a recently declassified MI5 file, Prettyman operated a radio transmitter from the attic alerting German U-Boats to Allied shipping movements.

Dead ducks are news stories destined for the News Editor’s spike and Flynt suspects he has found one until a letter arrives at the bungalow with the same coded message --Many Happy Returns Harold Prettyman--used by Prettyman and his accomplice in 1940. But there are no Allied food convoys in the North Atlantic and, believing the letter a hoax Flynt’s newspaper moves him to another assignment—the disappearance of a Foreign Office diplomat suspected of fleeing to Moscow like his predecessors Burgess and Maclean. But Scotland Yard seems more interested in the Coal Miner, a missing Van Gogh masterpiece looted by the Red Army Trophy Brigade as war reparations, but now the focus of an exhibition at Tate Britain after being returned to its owner by the Commission for the Recovery of Looted Art in Europe. The painting discovered hanging on the kitchen wall of the apartment of a dead Trophy Brigade officer had been taken in lieu of pension. Private homes, art galleries and museums across the Russian Federation continue to hold large quantities of booty from the Second World War, worthless since President Putin banned the repatriation of cultural artifacts, but priceless in the West. So, is the Coal Miner exhibited at the Tate the missing Van Gogh or a forgery made by a copyist at the Hermitage in St Petersburg?  A zig-zag trail leads Flynt's search for Harold Prettyman into the world of Diplomatic Bags, fakes, and money laundering.