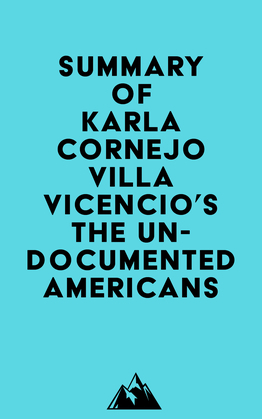 by   Everest Media (Author)
Buy for $3.99 Excerpt
Nonfiction Social science Emigration & immigration
warning_amber
One or more licenses for this book have been acquired by your organisation details

#1 My parents, who are New Yorkers, came to the United States to pay off a debt. They left me as an economic assurance. I have never thought about it enough to ask them why they chose to come to America, or why they chose to leave me behind.

#2 I am a New York City kid, but I am from Queens. Queens is the most diverse borough in the city. When I walk through my neighborhood, I will encounter a Polish child with a toy gun who will shoot at my head, a Puerto Rican kid who will rap along to a song on his phone, some Egyptian teenagers who will refuse to move out of my way, and some Mexican guys who will invite me to join a pyramid scheme.

#3 I found that the same thing is generally true for the other boroughs as well, except for one that I was always curious about: Staten Island, New York’s richest, whitest, and most suburban borough. It is almost 80 percent white.

#4 There are many estimates of the number of day laborers in New York City, from a little under six thousand to more than ten thousand. They are typically men, and they get paid in cash.